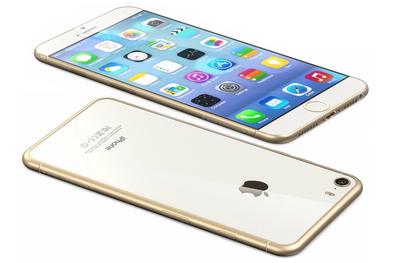 People love to repeat the old adage, you get what you pay for. The saying implies that if you pick something low cost it’s not going to last, is sub par quality or is not very nice. Other people think you are stupid for paying so much for whatever you just bought. Why did you pay so much for your thingy, didn’t you know there’s the other thingy that you can get for a lot less? You really overpaid for that thingy. Each person feels convinced their position is best and will defend it with well reasoned arguments. There isn’t a right answer of how much you should pay for a product or service, people have different needs, expectations, and use cases for their purchase. The same logic can extend to smartphone purchases.

Many who’ve purchased the Android phones think those apple customers are “suckers”. They’ve overpaid for technology that is “old”, is copycat technology, or people just buy whatever Apple is selling (sheeple they say) . Recently I’ve heard lots of people claim apple isn’t innovative. Apple’ s iPhones are falling behind they say. I’d like to take issue with that.

Apple introduced the original iPhone in 2007. Here were the things that were missing that already existed in other phones.

Here’s a list of things that apple “innovated” on
-making it easy and stylish to use a smartphone.

If you go back and look Nokia, Blackberry and Windows Mobile had all the “features” of the original iPhone and many had features the iPhone was missing. The blackberry could do email, had apps that developers could create, a removable battery and so forth. The windows Mobile device had color touch screens and a mobile browser. The point is that almost every bit of technology that the iPhone had, existed prior to the iPhone. That was true before apple made a phone too, there were thousands of mp3 players before the iPod yet the iPod became THE device to own. And it’s pretty much been true of every iPhone, iPad or apple device since. Apple isn’t going to put bleeding edge tech in their hardware, they are going to take existing technology and make it so your grandma can use it.

From a technology perspective what Apple did was make the technology very reliable, I had both a blackberry and windows mobile device, the blackberry was reliable yet ugly and limited on what it could do. The windows phone had to be rebooted often and was frustrating because it would lock up when using it. Neither did a great job of browsing the internet.

Apple came along and made a device that even executives wanted to carry and everyone wanted to hold. It was beautiful, functional and easy to use. If you don't believe me look how the Android team scrapped their plans for they were going to release after seeing the iPhone. That’s what apple does. They took something people wanted, and made it easy and reliable. They didn’t push the edge of technology.

This is the story of Apple it’s about taking existing computing systems and trying and make them easy and reliable. Every product launch that Apple makes you’ll find a list of things they “Should have included”. They limit your choices, they charge a premium for it, but almost certainly it will be the easiest to use.

And so it goes for phones just like everything in life that “you get what you pay for” or “You’re a sucker for paying that much” and neither side will convince the other, but to imply that apple quit “innovating” is ignoring the entire history of Apple.