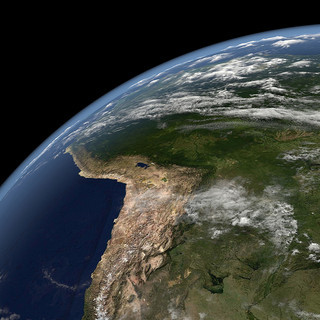 I read an article about 9 months ago in the Wall Street Journal that has stuck with me. The author was Marc Andreessen, founder of Netscape, title Why Software is eating the world . The title is one that is very sticky and the concept is easy to understand. The Internet combined with Software and cloud or cheap computing is literally changing the world at a staggering pace. The recent acquisition of instagram reminded me of this, while much has been written about the price, the fact that the team was made up of less than 12 people that served more than 30 million users though hasn't been talked about enough.

I can not think of an example in the history of the world we could have such a small number of people provide goods or services to millions of people. Software scales like nothing else the world has seen. A good developer can write code that can serve 10 users or 10 million. What's more is that through cheap distribution, on app stores, social media, and the web companies can be built with little capital, or at least very capital efficient. All this comes together so that "software begins to eat the world". Who today would like to invest in a CD or DVD printing business, or a company that does the printing of books or magazines, what about a travel agency, and the list goes on. Even brick and mortar retailers are downsizing their footprint as shopping moves online. Every day little by little software is replacing labor or physical goods in our economy.

Productivity has increased more than 4X since 1950. That means that a worker today would just need to work 10 hours today to produce the same level of output of 1950. I expect that pace will accelerate as more things that were once done in the physical world transition to online, shopping, banking, and even socializing. What's interesting to me as that it's probably imperceptible to most people. Every day we are able to get more done with less and we don't really see it. Most of the productivity gains can be attributed to technology and the software that runs it. This is why it's important to have the best developers you can get, a good one can easily to the work of 5 average ones, and because the work scales there's lots to be said about getting the right people.

Increased Productivity is the key to our success as a country and as humankind and our economic standards of living. It can "solve" many of our financial issues and provide a better quality of life day to day. I'm hoping soon that things like software that drives our cars will come into existence freeing up hundreds of thousands of hours a day for people to work while commuting (assuming they need to commute in the first place). So while software may be eating the world, it will be to our benefit.