I recently read a book from a guy who I have a lot of respect for. Kevin Kelly has a great blog and his book "what technology wants" is fantastic. 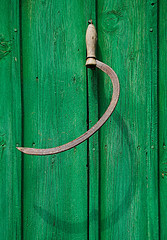 In this book he tells the story of a missionary who is working in china. In the village that he works with all the people gather crops manually without the use of any tools. Of course the missionary saw how inefficient this was and wanted to help so he ordered a Sickle from his home country and had it sent. Of course the villagers at first thought the technology was great. The sickle was going to save them so much time and labor. But that evening the villagers had a meeting among themselves. The next morning the chief told the missionary the sickle must be destroyed. Why the missionary asked? The Chief explained that the tribe was concerned that a thief would get a hold of the tool and be able to steal all of their crops in a single night.

This is the plight of technology, all technology has some good points and and some bad points. Many people will tell you your idea is bad or that technology is the demise of our culture. However, all imaginable technology is neither 100% good or 100% bad. Technology and ideas are some combination of both good and bad. So the question that really must be ask is, does this technology's good points outweigh the bad. As long as the idea is 49% bad and 51% good then we are making progress. That means we are helping society. Today cars kill 40,000 people a year. What if we built "robot" cars that drove themselves and took people places but accidentally killed 20,000 people would be clamoring to say that we needed to remove the robot cars despite less people were being killed. Progress comes in incremental levels 1% at a time.