I Finally Cracked it 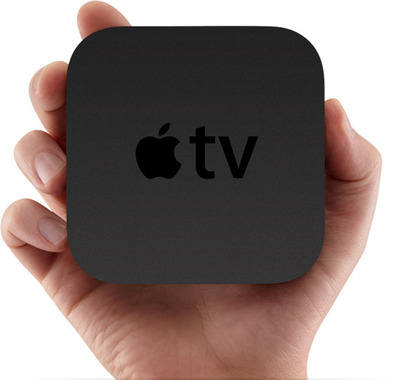 For more than a year now people have been speculating on an apple TV. Not the plug in box but an actual display. There's lots of reason for the speculation, the fact that they have been dabbling in this space with the apple TV set top box, they sell movies and shows on itunes and it's the last phase of the "digital hub" that Steve Jobs envisioned. To me though the most compelling arguments though is that if apple is going to continue to grow it will have to enter gigantic markets. Given apple's size creating niche products won't move the revenue needle at their scale, and since no one is speculating they build cars, televisions make a lot of sense from a market size perspective. Finally, jobs said in his recent bio that he wanted a TV that was easy to use and that he "finally cracked it".

So what could apple do that would be a game changing? My prediction is that they will partner with a one or two cable providers, let you connect your apple TV directly to the coax and eliminate the cable box, cable remote, DVR, DVD, and every other setup top box. Other than power and cable it would not have ANY OTHER INPUTS. Want to play games, use your ipad. What about your DVD/Blue Ray player? Itunes.

Here's why I think this will happen.

One device, one remote (your iOS device), no inputs, all Apple.