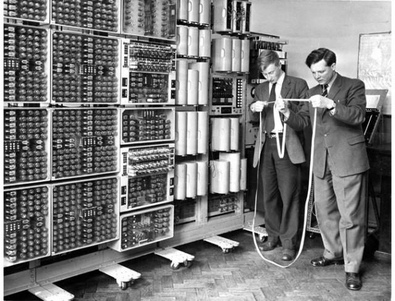 It was a great week at ServiceVines as we launched our credit card processing. We do that through a service called Stripe. Stripe makes it easy to do something that was formerly hard, store, validate, charge, and refund credit cards. This is done transparent to user via an API (application programming interface) the the user doesn't know they are using it but we do and it takes months off development efforts, multiply that times hundreds of companies who use this service and it's really something special . They've built something very easy and much better than any one company could build themselves.

It got me thinking about other API's that we use. When you use the measureit app or submit a job on our site we just call the maps API to show the ariel view. We don't have satellites that fly the earth or even really have to know the lon/lat of where your house is, we just tell google or bing to show it. When a text message is sent we don't type it out on our phone we just send an API request to Twilio which sends it. The same for email, sendgrid sends all our email. There's even an API now for doing background checks, which is on our list to do, no more doing manual background checks just have our computer submit a request checkr.io computers. ServiceVines even has an API for our iPhone app to reuse code on our website.

Silently, the API is tying every site to every other site, helping computers talk to each other, which turn once manual tasks into automated ones. This week Uber released their API. Some use cases they have are when you have an open table reservation your uber driver will already know where you are going, or if you are getting off a flight the driver will know where to pick you up. I suspect though people will come up with all kinds of innovative uses that even uber hasn't thought of. Dropbox has made a killer business by building an API that developers can use to help customers store data. This week someone even sent me a link to Walgreens having an API.

Many traditional companies want to ask, why would we make our data and services available to other people to use so easily? What the great companies are discovering is that having an API makes your company and it's data more valuable as it becomes part of the digital language that ties all computers and services together. It's a language that's unknown to most of the world but increasingly required of successful companies.