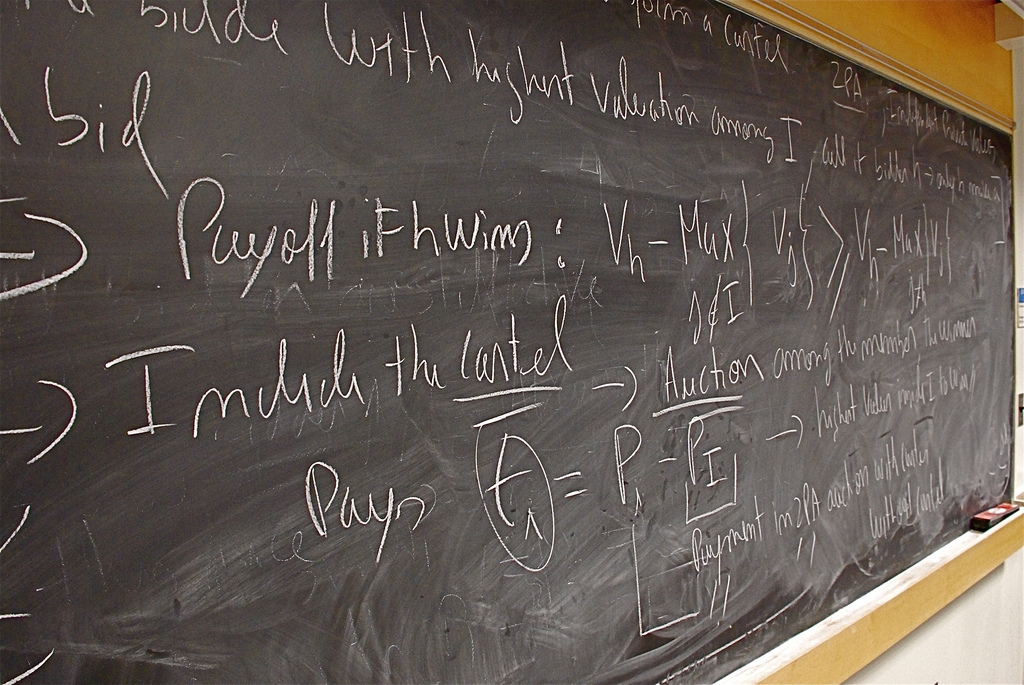 Beyond the facts of Education

This week I moved my oldest daughter into the dorms as she started her college journey. When this happens to you, you'll find yourself doing a lot of reflection. One of the questions that get asked a lot is college expense worth it, is it still the right way to educate people today. Additionally, there's no lack of startups trying to disrupt the education space these days. CodeAcademy, khanacademy, iTunes and all the open courseware projects are some of the more popular ones. When I was taking part in the founder institute it seemed as though fully one third of the people there had ideas that revolved around education. There's nothing more important to a society, country, worlds future than the education of the people. Democratizing the information is ONE step in helping provide an education but the more I think about it I'm not sure it's the most important one.

The following is a list is a think "traditional" based post secondary education does better. These are problems that need to be solved by those who want to change education.

1. Having the information available doesn't mean it's going to be learned or even consumed.

I think this is the biggest misnomer about education available on the internet. Libraries have always provided people a way to educate themselves. No, That's not video, and it's not interactive and there's lots of things libraries aren't but the information is there to be consumed. Having the information out there just means I can learn that skill, task, subject TOMORROW because there's always tomorrow. However, what's missing is the public commitment, hard deadlines and social aspects of going to school help to provide social pressure to finish what you start. Not everyone will finish but there's a very public aspect to enrolling and telling people that you can't go out to dinner because you have class in the morning. There are people to be accountable to, classmates, teachers, family and friends and your bank account. You've made a public declaration and dropping out means admitting that to people. Dan Ariely has done a significant amount of work in this area , what he found it is students perform much better when they have NO say about what deadlines there are, perform a little better when there are self imposed intermediate deadlines and worst of all when there's no deadlines.

There's a lot that paying tuition, being required to show up every day and having your course of study planned out for that's unaccounted for today in the "you can learn everything free" startup culture. This can't be overlooked, or understated. Think about how many times you've liked to learn how to do something but haven't even taken the very next step. Now imagine you did take the next step and find the online class that would teach you that but there's no fee, no one knows and there's no deadlines? There's better chance than not it never gets completed. There are many instances where people have successfully taught themselves things but this tends to be for those highly motivated, highly passionate people, not those in the fat part of the bell curve.

2. There's more to being successful than book knowledge.

One of the advantages is all the "intangible" aspects. There's the learning how to deal with different people from all different walks of life, ages, belief structures and locations. There's is the being exposed to all different subjects, topics and teachers. It's about transitioning out of your parents house and into adulthood within the "safe" boundaries of an institution. Are there other ways to do this? Without a doubt, however it's a benefit of post secondary education regardless. It's about learning who you are, what the world is like and developing your own style to deal with all of the above.

If "the information is out there" why don't we just sit preschool kids down with a television and let them learn from that, then move them to a tablet and internet connection. Why? Right now current environments provide ways to measure and identify students who need help or need things explained in a new way(although not as well as they should). There are still occasions when you have questions or don't know you SHOULD have questions. Individualized training is still needed. Teachers are there to answer those questions or to provide help when they see students struggling. In a post secondary environment usually that help is greatly diminished inside the classroom but is still available elsewhere within the institution, during office hours, peer groups or tutoring labs. Many people give up in the process when they were really close to the answer. Individualized training isn't well accounted for today on the internet. It works great if you understand right off the bat, it doesn't work well if you don't and have few other resources. I'll restate from an earlier paragraph, the people in the top quartile of the Bell Curve in a given subject don't need this help, but I'm talking about everyone else.

I heard it 10 times during orientation last week, facts change, what we teach you will change. I think a topic based learning isn't really preparing people for jobs that require problem solving which are increasing in our workforce. Teaching students to problem solve, work together, dig for information and assemble facts to arrive at a conclusion is something that we have to make sure we are doing. It's fairly common to hear people say "the stuff I learned in college don't apply to my job". There's still value in the process though, hopefully through the institution they learned how to learn, learned how to problem solve, and learned about all the things outside of facts that will help make them successful. Yes I can go on the web and learn how to solve for X but I need to be able to apply that.

The above isn't in defense of the status quo, in fact quite the opposite. If people don't have to spend $50,000 to receive an education we'd be better off. There are those that can't, won't or don't and for those cost is probably a contributing factor. I say that the above are problems that need solving. I think that there are great opportunities now with technology to provide a wealth of choices there were never available before, also in the right setup you can have hyper individualized training because we are no longer bound by location. In fact I think that the only way to "fix" education is to completely recreate what it means Most importantly how to create social pressure for people to both start and finish an education, then help them through the process along the way. No we shouldn't just keep doing things the way they've always been done, and create a barrier to success. We need to think beyond just the facts based part of learning.